Registration open for the #BestBrewChallenge 2016!

Registration open for the #BestBrewChallenge 2016! 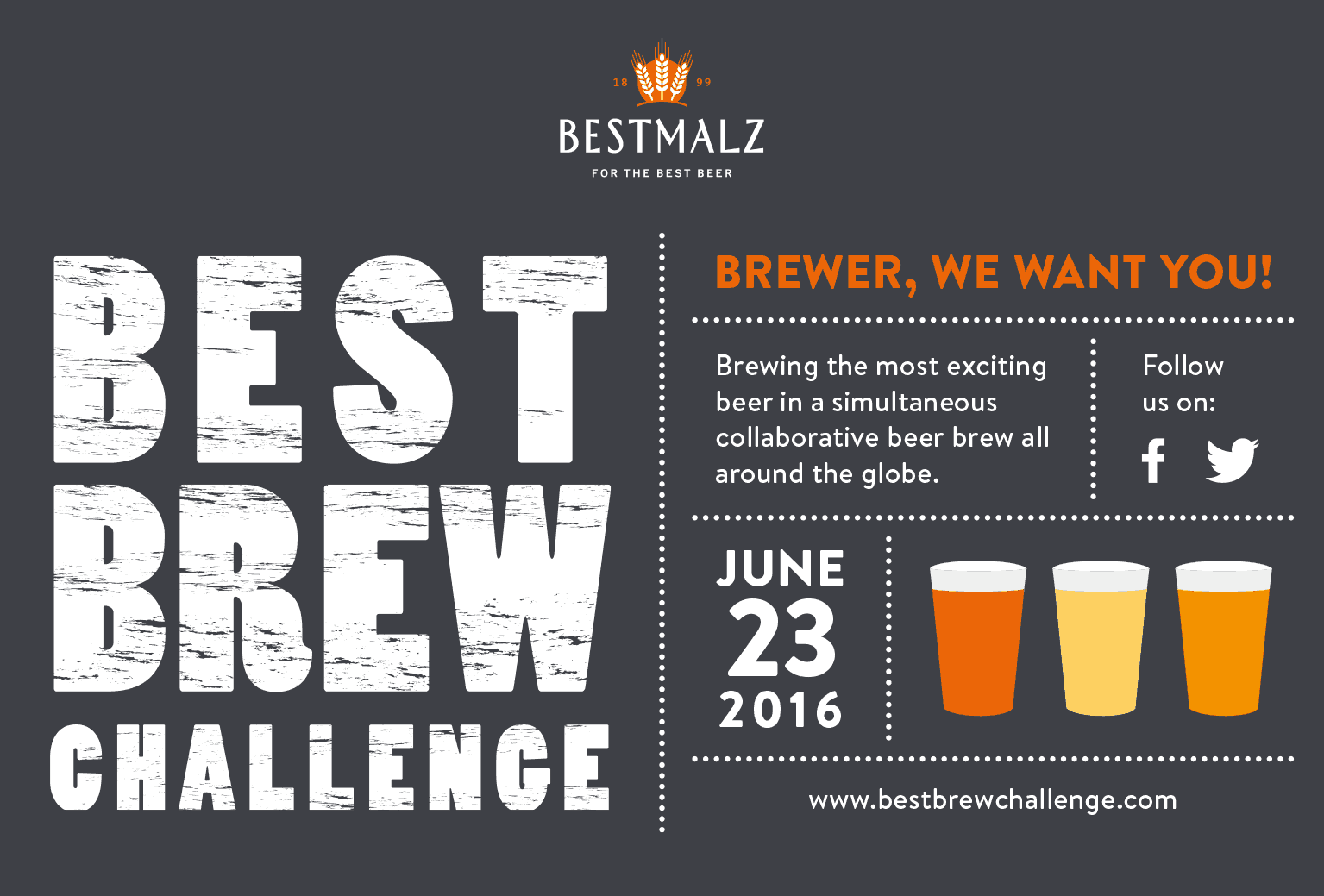 It’s been one long year and we are back! On 23 June 2016, precisely at 2 pm CET, we are once again going to brew most intriguing beers together with brew enthusiasts from around the world in the course of a new edition of Best Brew Challenge 2016 (BBC 2016).

Anyone can participate in the BBC contest to brew the BEST BEER 2016. Similarly to last year, participants will be subject to only a few conditions: Use of at least 5% BEST Special X® and 11-14 °P. Other than that: the beer sky is the limit! We are looking forward to sampling as many creative brews as possible. Feel free to play around with the hops and yeast selection as well as fermentation, ageing and filtration.

Every beer sent to us at BESTMALZ®, Germany, will be evaluated by an independent international beer sommelier jury. Individual feedback reports will be prepared for each beer submitted.