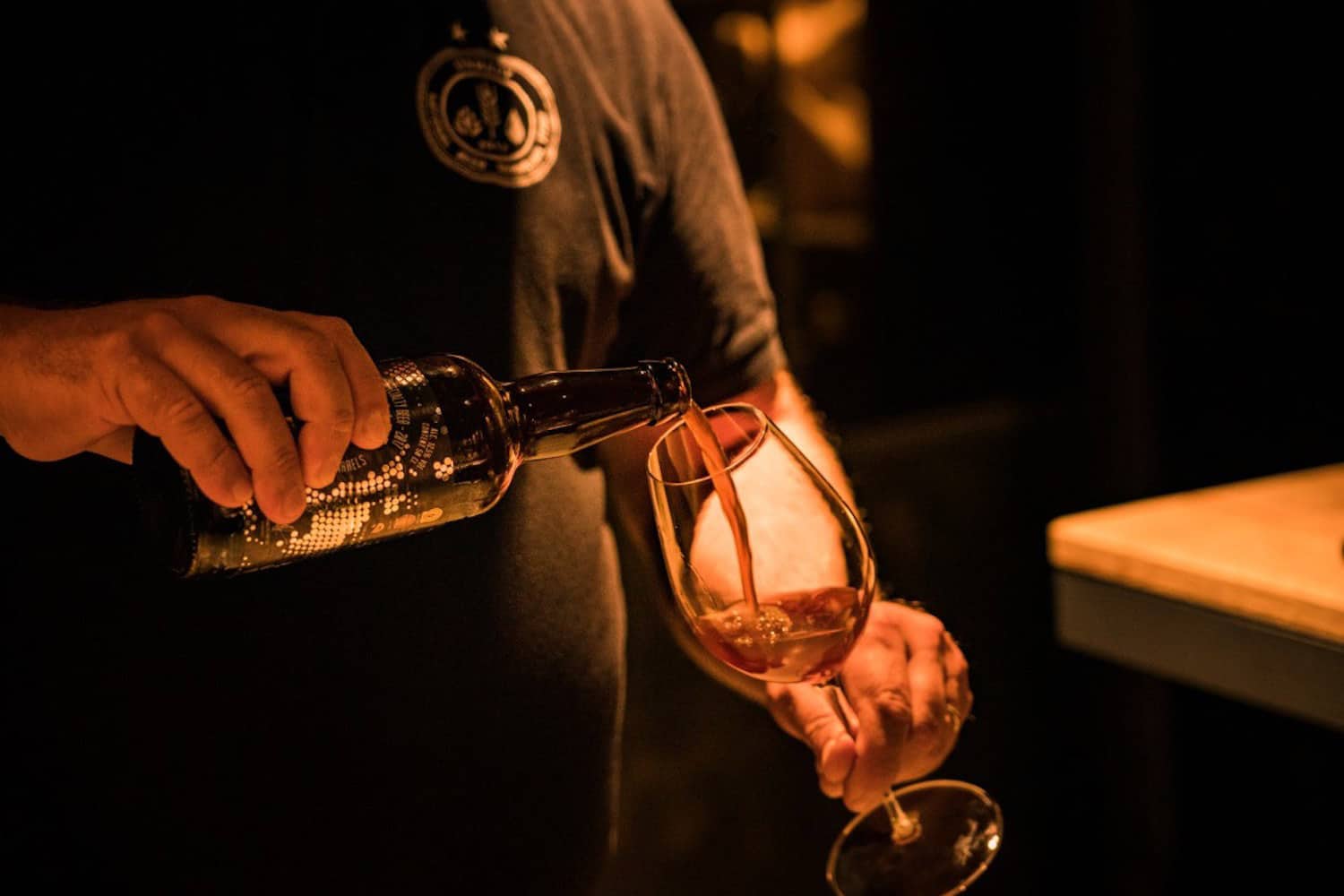 The bottle cap pops, and the hostess at the party asks, “Do you want a glass or would you rather drink from the bottle?” The guest answers, “From the bottle, it’s already in a glass!”. Drinking out of a bottle may be perfectly fine at a party or on a construction site, but you won’t hear a conversation like this elsewhere. As people become more aware of the flavors of a good beer, they increasingly want a glass that best enhances their drinking experience.

Of course, drinking straight from the bottle would not be appropriate at a tasting session – for example, when it comes to choosing the winning beer at the #BestBrewChallenge. After all, tasting is all about identifying the exact flavor of the beer. The brewer who manages to create the ideal combination of flavor, foam consistency, aroma, mouthfeel and color, in the eyes of the jury, will ultimately win. The glass plays a key role in this.

But what kind of glass is best for sampling beer? Not a tall wheat beer glass or a small, cylindrical Kölsch “stange”. A tasting glass looks more like a wine glass: round-bodied with a long, slim stem. It tapers towards the top and grows wider again at the brim and is usually made of thin-walled material. There are good reasons for all of these:

Furthermore, a beer served in a glass with a stem comes across as being much more sophisticated.

The right glass for the right beer

But why is Kölsch served in a narrow, cylindrical glass, while Pilsner is sipped from a tulip-shaped glass, for example? That has partly to do with the foam: Kölsch does not form much foam, and the narrow glass helps to keep it from going flat too quickly. Its small capacity of 0.2 liters also keeps the beer fizzy for longer as it is usually drunk and refilled faster.
A Pilsner tulip, on the other hand, retains the foam better thanks to its tapering shape. A wheat beer glass also allows the foam to last longer. In addition, its long, conical form allows the yeast to settle at the bottom so it does not end up in your mouth.

The reasons for using a certain type of beer glass are often very pragmatic: Restaurants in Germany like to use a so-called “Willy Becher” – a standard, straight-sided beer glass that is slightly narrower towards the brim. It is available in several sizes and can also be used to serve water, juice and other soft drinks. You can’t get more practical than that!

The growing popularity of craft beer in Germany has also given rise to the use of typical stout or porter glasses with a wide bowl and a stout, hollow stem. This means that the bubbles take longer to rise to the top, allowing them to transport more flavor. In addition, porter goblets often have a relatively wide diameter at the brim that allows the beer to breathe and the malt aromas to unfold better. The craft beer trend has also resulted in a whole generation of new glasses for different craft beer styles: IPA, Witbier or barrel-aged beers can now be enjoyed from a bespoke glass.

Festival beer in a tasting glass!

And why is beer at beer festivals – especially the most famous of all, Munich Oktoberfest – served in one-liter glass tankards with handles, called a Mass? The reasons for this are mainly logistical: The thick-walled beer mugs keep the beer cool for longer and don’t have to be constantly refilled.

At the 2019 #BestBrewChallenge, participants were asked to brew a festival beer in accordance with the German purity law. But of course they were not tested in one-liter Mass jugs. That’s because the aroma components of almond and bread crust and the subtle toasted flavor of the specified malt, BEST Caramel® Munich II, are still best sampled in a tasting glass.