BestBrewChallenge 2022: Hobby brewers can be quite creative

BestBrewChallenge 2022: Hobby brewers can be quite creative 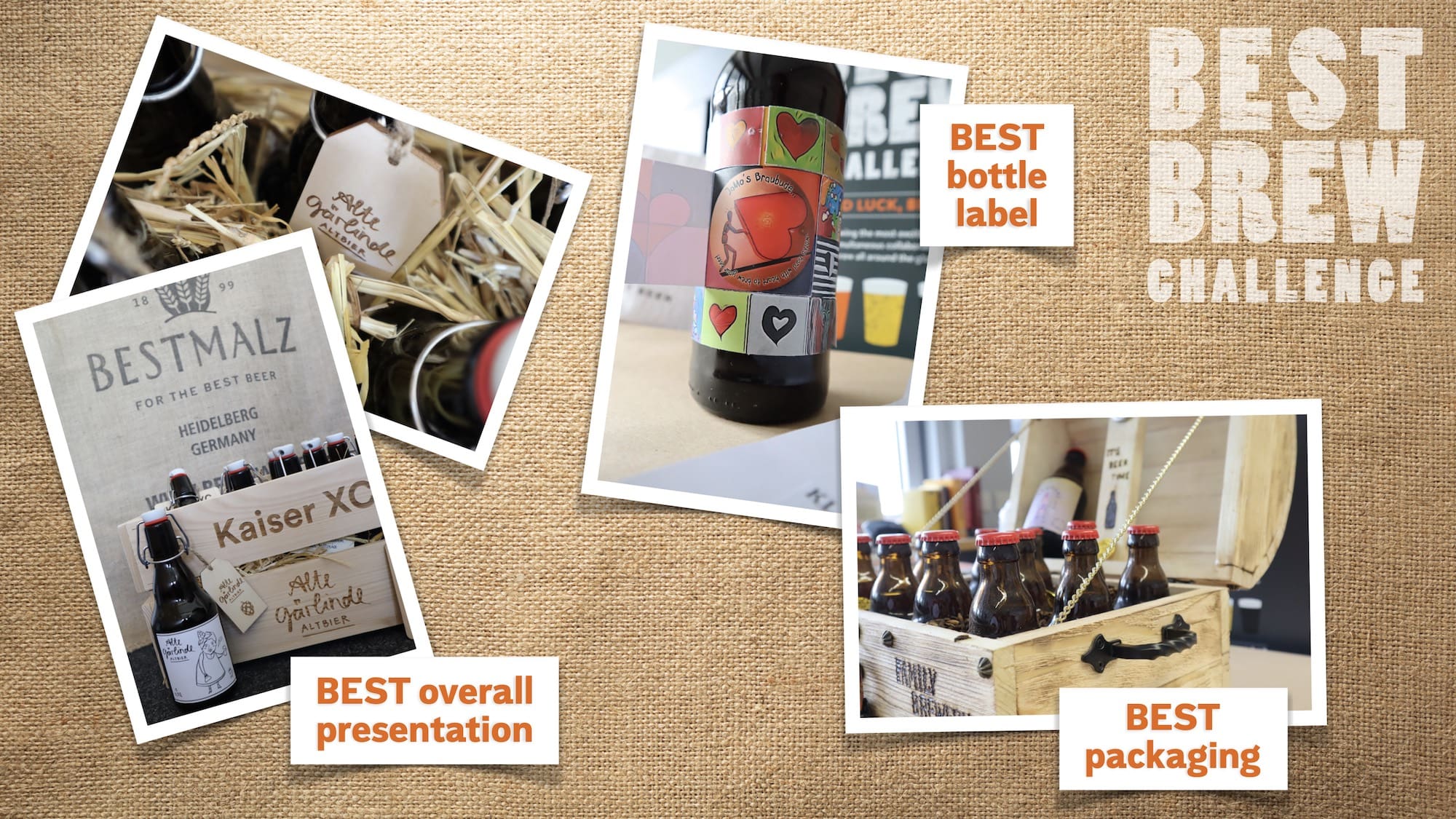 For the first time, particularly creative packaging and bottle labels were awarded in 2022 as part of the BestBrewChallenge. Just as with the awards for the best Altbier, hobby brewers were also in the front row when it came to the creative awards.

The best overall presentation in terms of the combination of packaging and bottle label was awarded to a team led by Maximilian Maier from the southern Black Forest, who softly bedded his “Alte Gärlinde” beer in a wooden crate padded with hay. The label depicts a charming elderly lady. The entry was accompanied by wooden beer mats and tags with laser engraving. Its design was handled by Lisa von Radecke, who is a self-employed graphic artist and designer. Johann Schnierdas helped with the brewing. When they learned of their placement, the three “spontaneously arranged to meet for a barbecue. Of course, Gärlinde was there, too.”

Jan Mordhorst from Seevetal near Hamburg designed a bottle label in the style of an Advent calendar with fold-out doors for his “ALTe Liebe” beer creation, which now won an award. “I read the call for entries and thought: the prize for the best bottle label, you want to win that!” says Jan – but until a week and a half before the closing date, he simply didn’t have a good idea. Then, while jogging, the penny dropped. When it came to putting it into practice, he got tips from neighbors who were keen on handicrafts: “They gave me the idea of the mini-magnets so that the little doors could be closed again.” The template was a picture painted by the family with many different motifs which hangs in the hallway of their home. Using an image editing program, this was scaled to the label format, then printed, cut out and attached.

The Bestmalz team had particular fun unpacking the entry from the Lielukos Family Brewery in Lithuania: Befitting the beer name “Treasure,” the packaging consisted of a wooden treasure chest. Inside, the beer bottles were encased in roasted malt grains and gold coins (made of plastic). In this way, the Lithuanians remained true to their motto: “Love people, love beer.”