The winners of the BestBrewChallenge 2022 come from Bulgaria, Germany and Italy

The winners of the BestBrewChallenge 2022 come from Bulgaria, Germany and Italy 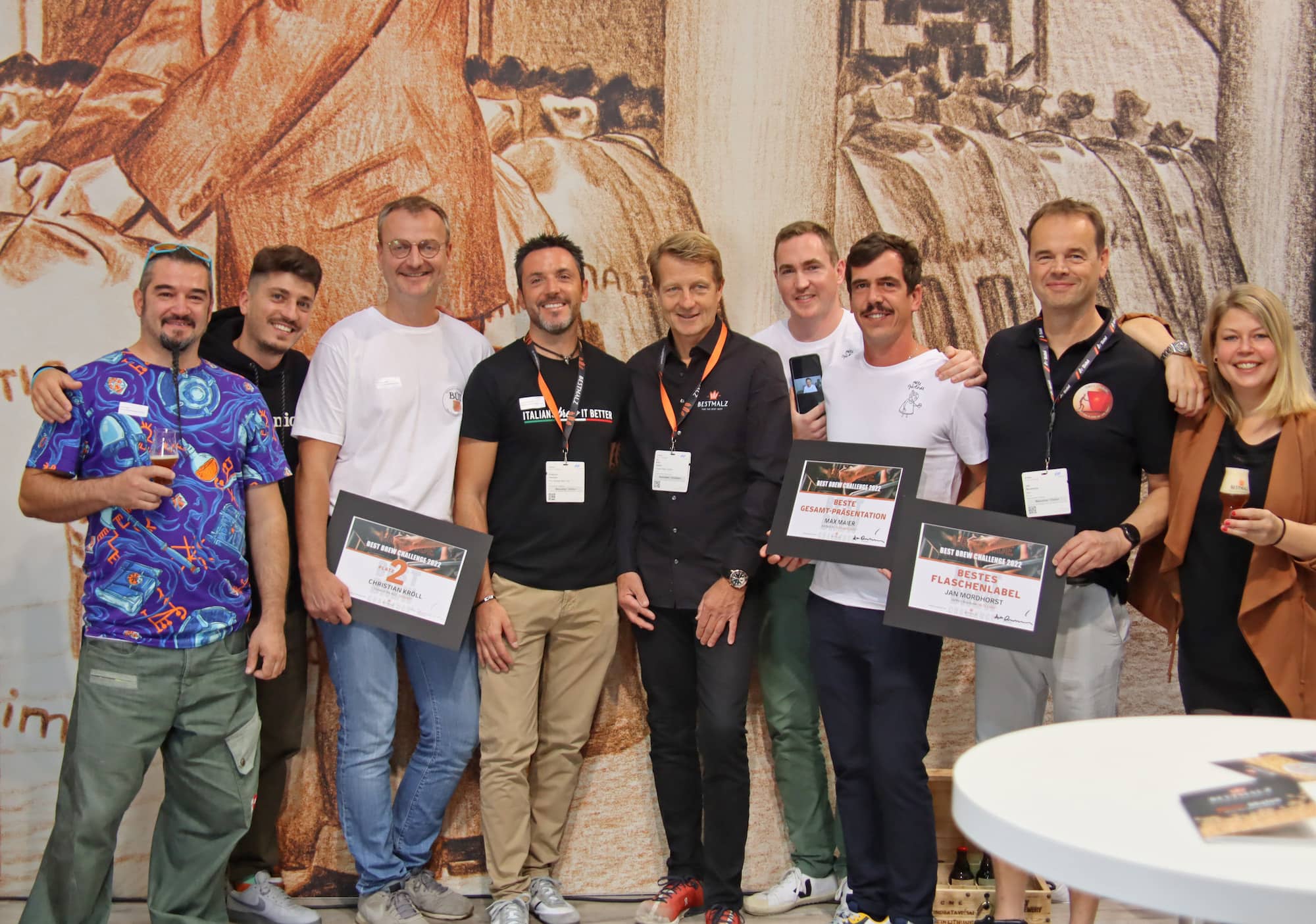 The Altbier chosen as the best in the BestBrewChallenge 2022 came from the brew kettles of amateur brewers. Ivan Zonev and Hristo Hristov from Bulgaria took the victory. The runner-up is Christian Kröll from Germany. Third place goes to Federico Vauthier from Italy.

In a blind tasting, the winning beer was judged by the expert jury to be a “typical Altbier with balanced bitterness and a gentle cherry note”. It also stood out for its pleasant roasted and classic German hop notes. The sommeliers could also clearly detect a chocolaty note (the competition requirement was to use BEST Chocolate malt).
The runner-up beer was brewed in North Rhine-Westphalia, the home of the classic Altbier. The “BÜD Alt” scored with nutty malt notes, a flattering bitterness and “great drinking pleasure,” said beer sommelière Mareike Hasenbeck.
Third place went to Federico Vauthier from Italy. He succeeded in bringing notes of caramel, raisins and toffee into the beer in his “Garage Beer Lab”.
All Altbier creations that reached the final round were very close to the classic Altbier in terms of color, foam, aroma, bitterness, taste, CO2 saturation as well as “drinkability”.

A total of 155 Altbiers from all over the world were sent in for the brewing competition and tasted by the expert jury. “A new record,” says the delighted Bestmalz CEO Dr. Axel Göhler, who launched the competition in 2015. “The international participation is something to be proud of.” Individual beers came from Denmark, Norway, Latvia, the Czech Republic, Canada, the Netherlands and Switzerland. Four beers in PET bottles were sent in from Bulgaria, including the winning beer. The longest distances were covered by entries from the USA and Australia. The most beers came from Germany (73), Lithuania (36) and Italy (14).

The award ceremony took place on Tuesday, September 13, 2022, at the BESTMALZ booth at the drinktec international beverage trade show in Munich. The winning beer, which was brewed for this purpose in the Neckarsulm brewery, was also served there.

For the first time, the BestBrewChallenge awarded prizes for particularly creative packaging and bottle labels. The award for the best overall presentation in terms of the combination of packaging and bottle label went to Maximilian Maier, who softly bedded his “Alte Gärlinde” beer in a wooden crate padded with hay. The label shows a charming elderly lady.
The entry was accompanied by wooden beer mats and labels with laser engraving.
Jan Mordhorst designed a bottle label in the style of an Advent calendar with fold-out doors for his “ALTe Liebe” beer creation.
The Bestmalz team had particular fun unpacking the entry from the Lielukos Family Brewery in Lithuania: Befitting the beer name “Treasure,” the packaging consisted of a wooden treasure chest. Inside, the beer bottles were surrounded by roasted malt grains and gold coins (made of plastic).

The call for the next round is expected to be issued in January 2023.