BestBrewChallenge 2022: Who brewed the best Altbier?

BestBrewChallenge 2022: Who brewed the best Altbier? 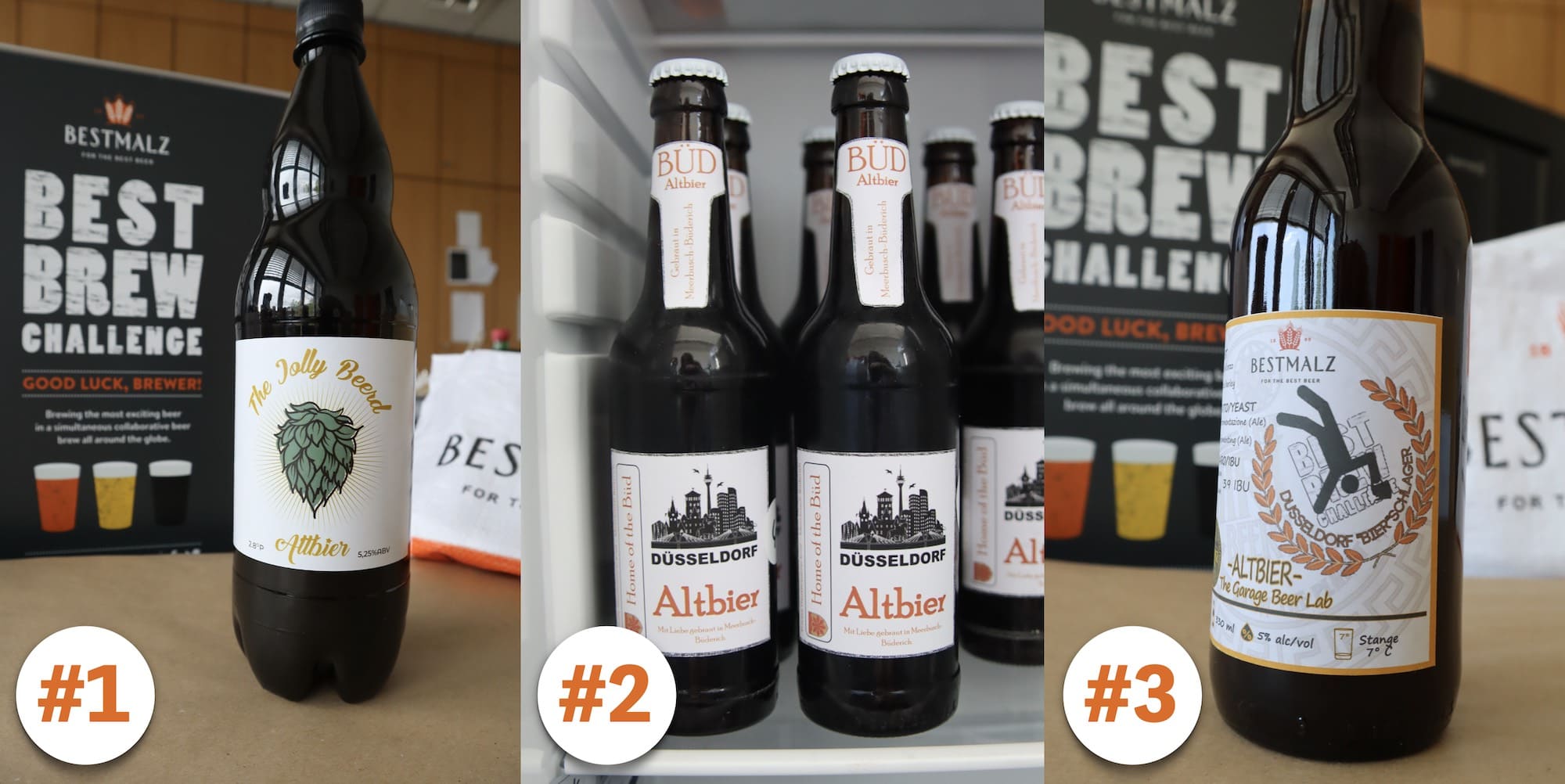 The best Altbier of the BestBrewChallenge 2022 came from Bulgaria, Germany and Italy. In this article we present the winners.

Ivan Zonev and Hristo Hristov are two friends who started brewing as a hobby two years ago. “We simply love good beer. And unfortunately, there’s not that much of it in Bulgaria,” the two tell us. They now own three stainless steel tanks for batches of 60 to 70 liters. All their equipment occupies three rooms. But they don’t store their raw materials there. They usually buy them as needed directly from their trusted distributor, Vinarko in Plovdiv. In their garden, they have grown hops, which they will be harvesting for the first time this year. It was mainly Ivan who worked on the Altbier recipe for the winning beer. He read a lot and listened to numerous podcasts. During brewing, he was actively supported by Hristo. “We wanted to do it perfectly, but we didn’t expect this result,” says Hristo. The two had already been successful at the Bulgarian Homebrewer Competition, finishing second with a Red IPA. Nevertheless, winning Bestmalz’s BestBrewChallenge was an absolute surprise: “We couldn’t believe it!”

Christian Kröll, who won second place with his “BÜD Alt,” was also speechless. “I walked around for a week with a permanent grin,” laughs the hobby brewer from Meerbusch in North Rhine-Westphalia. At first, his friends and acquaintances didn’t buy the fact that he had become “runner-up” in a brewing competition. After all, he only started his new hobby during the Corona period – and in his kitchen at home. “That’s where I brew on the ceramic stovetop and calculate everything down to a ten-liter scale,” says Christian, who generally enjoys cooking and baking. He became aware of the BestBrewChallenge through a report about the contest as a training project. After that, he signed up for his first brewing competition. “I was honestly just looking forward to the t-shirt.”

The third player in this group is Federico Vauthier from Italy. In the style of many a start-up, he brews in his garage in Saint-Pierre in the Aosta Valley. He buys his malts online from Mr. Malt in Italy. It all began with a brewing kit he was given by a friend. “My first homebrew was really bad. Unfortunately, to this day I don’t know why.” After that experience, Federico invested a lot of time in his hobby, attending seminars and reading a lot. He is a returning contestant of the BestBrewChallenge. Federico finds the professional feedback he gets from competitions like this especially important. “I’m passionate about homebrewing,” he says of himself. “I simply enjoy discovering the wonderful world of beers and brewing my own in my garage.”