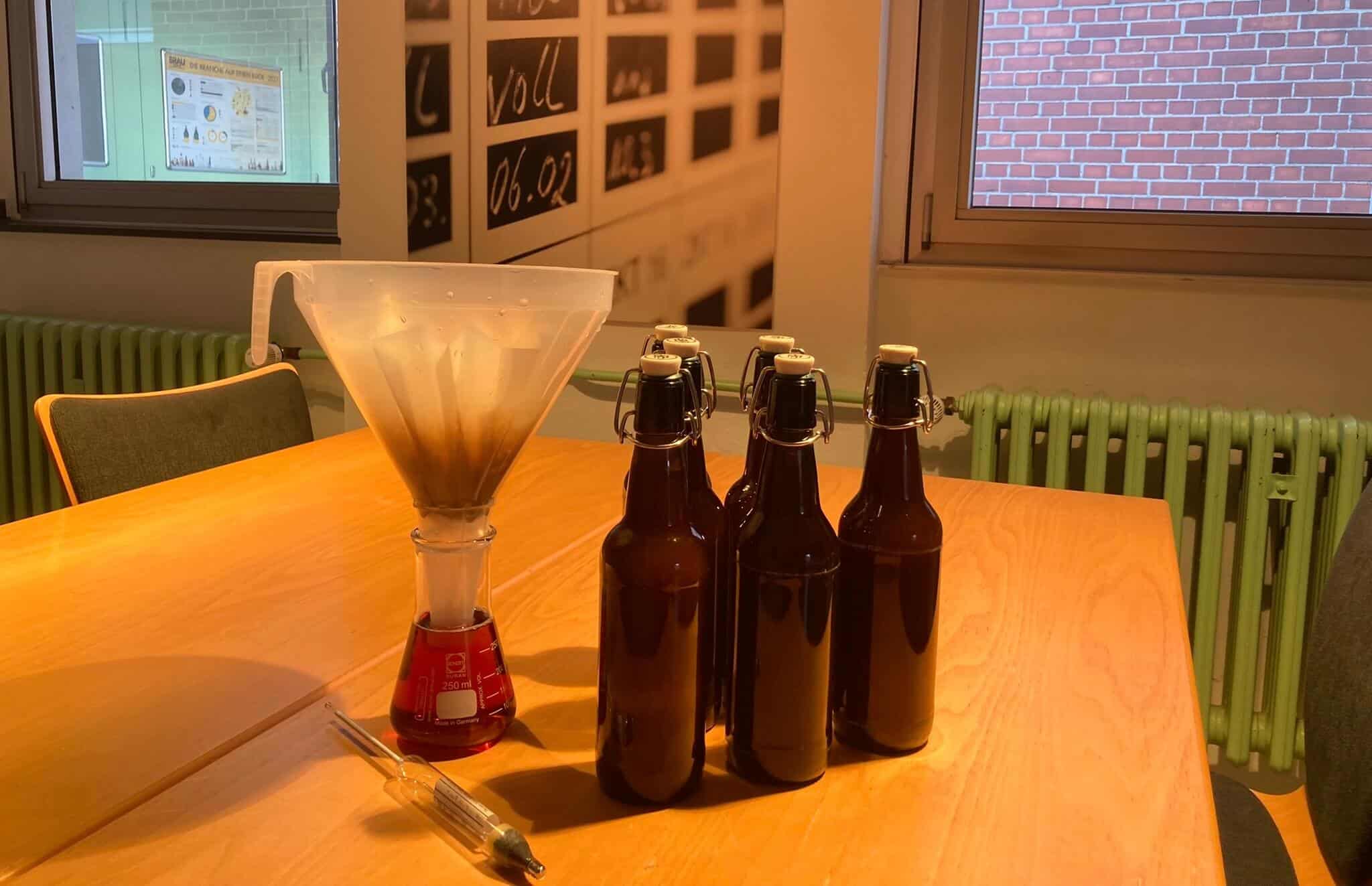 Learning hands-on in a large brewery is sometimes not all that easy. At least when it comes to covering the entire production process from creating the recipe to bottling the beer. “It’s often the case that beer recipes that are brewed on a large scale are already available,” explains Holger Kittler, head of quality assurance and trainer at the Moritz Fiege family brewery in Bochum. To give his trainees a complete overview, he set up the “ProBierWerkstatt” (“ProBeer” Workshop, “probier” also meaning “try” in German).

Here, the aspiring brewers and maltsters are allowed to create their own beer on a smaller scale. The BestBrewChallenge proved ideal for this purpose. After taking part for the first time in 2021 with a light wheat beer, the trainees from Bochum signed up again in 2022. What is motivating them? Besides the prospect of winning and thus the honor of having the winning beer served at the drinktec industry trade show in Munich, the professional feedback they receive is also of interest. After all, the beers are tasted by beer sommeliers and each entry receives detailed feedback. The Altbier beer style and the brewing challenge associated with it may also excite the trainees.

Holger Kittler’s work in the “ProBierWerkstatt” is guided by the model of a complete course of action. This teaching concept from vocational pedagogy is designed to enable trainees to learn in a practical and action-oriented way. The trainer sets the framework, then lets the trainees “do it” as a team, observes and provides support in the event of questions or difficulties.

“We had a relatively long preparation time to create the recipe,” Kittler recounts. “To do this, the apprentices enlisted the help of a colleague who used to work in an Altbier brewery.” Their Altbier is quite classic, according to the Düsseldorf version. That’s because they were able to get the yeast from Düsseldorf. “A lucky coincidence,” says Kittler without giving further details. On brewing day itself, everything went like clockwork: Grinding malt, mashing at 2 p.m. sharp, lautering, adding hops, wort kettle, whirlpool, cooling down. In between, taking a few photos for Facebook and Instagram. “We also ate supper together that day,” Kittler brought it himself to the “ProBierWerkstatt” – and not only that: “Around 8 p.m., we were done with the brewing process. Then we went out for an after-work beer with the team.”

The freshly brewed Altbier is allowed to rest over the weekend, and on Monday Kittler had a sip. His verdict: “You’ve definitely created something good.”

But that’s not the end of the trainee project. Fermentation and storage, in this case by bottle aging, are also part of the brewing process. In a few weeks, the beer will be ready. Then the trainees will analyze their beer creation in their own laboratory to check whether the “inner” technical values are in order as well as taste, aroma and appearance.

A total of 50 liters of Altbier were brewed. Three liters of this will be sent to Heidelberg for the BestBrewChallenge. The remaining beer will be passed on to colleagues at Moritz Fiege as a house drink – so that everyone can taste what the trainees have brewed. True to the family brewery’s motto: “Together. With Fiege.”