BestBrewChallenge 2022: Why was this brew day so unique?

BestBrewChallenge 2022: Why was this brew day so unique? 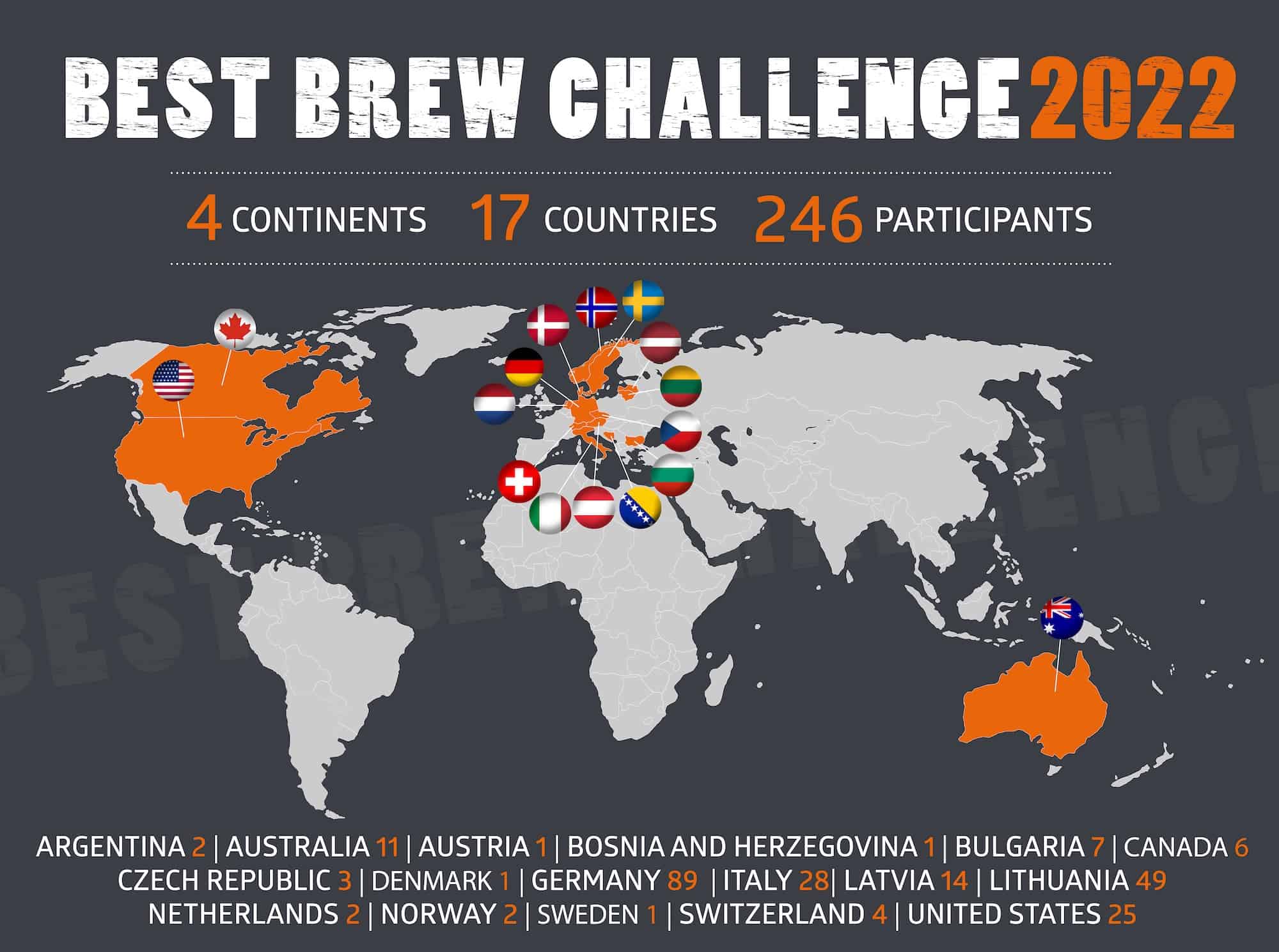 From Moonlight Brew in Australia to the hobby brewer in his blooming springtime garden in Germany – on brew-in day of the BestBrewChallenge on Friday, March 25, 2022, people from all walks of life were involved. Photos and videos were being shared on social media days before the worldwide brew-in event. You could see spotless brewing equipment, brewers preparing recipes, not to mention the delivery of malts, hops, and yeast. Even a few test brews were featured.

The 246 brewers looked well prepared for the brewing of Altbier. Kick-off was at 2 p.m. on March 25, and the social wall filled up by the second with photo and video insights from around the world.

“Engeldorfer Hobbythek is participating in the Best Brew Challenge 2022 and brewing an Altbier for the 1st Cologne Brew Show and the Club Championship of Cologne Beer Historians with BJCP evaluation of the beers. Chocolate malt is an essential part of a good Altbier. Thanks to BESTMALZ for a lovely event,” wrote Volker Huppert.

Via live feed on Instagram, FiveBarrelBrewing from Australia gave real-time insights on the brewing of Moonlight Altbier.
Several budding brewers also participated in the BestBrewChallenge. The private brewery Moritz Fiege used the event as an inhouse planning and implementation project for its apprentices from the first to the third year of their training (we will report on this in more detail). In the United States, the “Virginia Tech students” worked the kettle. From Germany, students from the brewing club at Mannheim University of Applied Sciences (watch a video) and eleventh-grade students from the Kulmbach Vocational School Center took part. As Jana Reblitz wrote from there, “The students are all totally enthusiastic and are already looking forward to the results. They are passionately grinding, mashing and performing iodine tests.”

The large number of foreign participants can be credited to BESTMALZ’s sales partners’ efforts throughout the world. They promoted the competition in their respective languages – and the honor for the winners to travel to the drinktec trade fair in Munich, where the winning beer will be served at the BESTMALZ stand, was a great incentive for many.

The organizers around the BESTMALZ malt brand thus not only achieved the highest number of registrations to date, but also managed to achieve a very high level of active participation via social media.

And here’s how we proceed: ferment your beers, bottle them and send them in together with your documentation sheet by no later than June 1, 2022. The date of the tasting will be announced in due course.