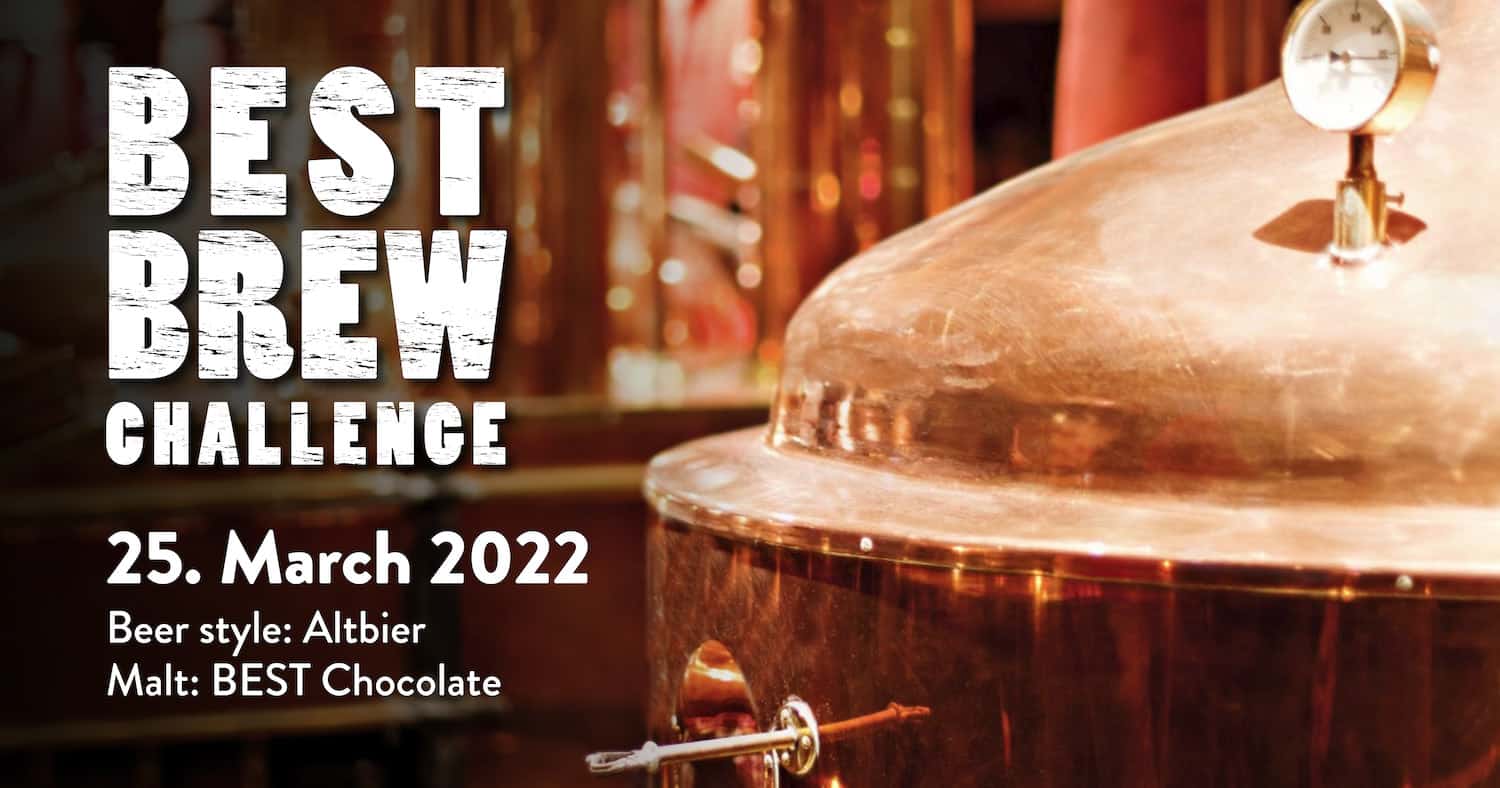 The time has come: The BestBrewChallenge is entering the next round.

For the year 2022, we have once again come up with a special challenge for you.

We would like to have you brew an Altbier including a special malt: BEST Chocolate.

But many will exclaim: What the hell is an Altbier? Well, I’m glad you asked!

The name Altbier means first and foremost: beer brewed the old way. And this beer style is really old! In 1266, the private brewery Bolten in Korschenbroich (Germany) was granted brewing rights which makes it the world’s oldest Altbier brewery. Just for comparison, glasses and the dry compass were invented around the same time.

In addition to Altbier from Düsseldorf and surroundings, there are two other top-fermented beer styles brewed according to traditional brewing methods: Kölsch from Cologne and Weizenbier from Bavaria. The reason for this is that the refrigerator was not invented until 1873 by Carl von Linde, and until then almost only top-fermented beers could be brewed. In contrast to top-fermenting yeasts, which prefer a temperature of 14 to 25 °C (57 to 77 °F) during fermentation and thus also work at room temperature, bottom-fermenting yeasts require a temperature of 4 to 12 °C (39 to 53 °F) in order to work optimally.

By the way: Linde invented the predecessor of today’s refrigerator only because the director of Austria’s largest brewery at the time persistently asked whether the inventor could build a refrigeration system for fermentation cellars.

There are two different types of Altbier. First, there is the Westphalian Altbier from the Münster region. It consists of about one-third wheat malt and has a small proportion of dark malts. Westphalian Altbier is characterized by its creamy foam consistency and a lighter color. The second variant is Düsseldorf Altbier. For this, only barley malt is used, combined with a higher proportion of roasted malts.

So what makes a typical Altbier?

The Altbier “prototype” defines itself as a dark top-fermented full-bodied beer with an original wort of 11.0 to 12.5 degrees Plato. The alcohol content is between 4.8 and 6.0 percent by volume. A value of 20 to 45 IBU shows how differently hops can be used. The color (30 to 38 EBC) ranges from copper red to deep brown. The malt character dominates the beer taste and the hop bitterness stays in the background. A small proportion of roasted malts is essential for a successful Altbier. Caramel malts can also improve the sweetness and fullness. The beer thrives on the balance of nutty malt flavor and the bitterness of the hops. A distinctive feature of the style is the fermentation process. To avoid unwanted fermentation byproducts of the top-fermenting yeast (such as the formation of diacetyl), fermentation is conducted at very low temperatures.

With its rustic, malty, tart character, Altbier not only delights its fans in its country of origin, Germany. It has since earned a good international reputation. At the annual beer world championship, the World Beer Cup, a separate category was created: German-Style Brown Ale/ Düsseldorf-Style Altbier.

So, now you have all the details and you’re ready to go. Surprise us with your creations and have fun. We are looking forward to your Altbier.