#BestBrewChallenge 2021: The “relaxed” winner comes from Lithuania and the runner-up has never brewed a wheat beer before!

#BestBrewChallenge 2021: The “relaxed” winner comes from Lithuania and the runner-up has never brewed a wheat beer before! 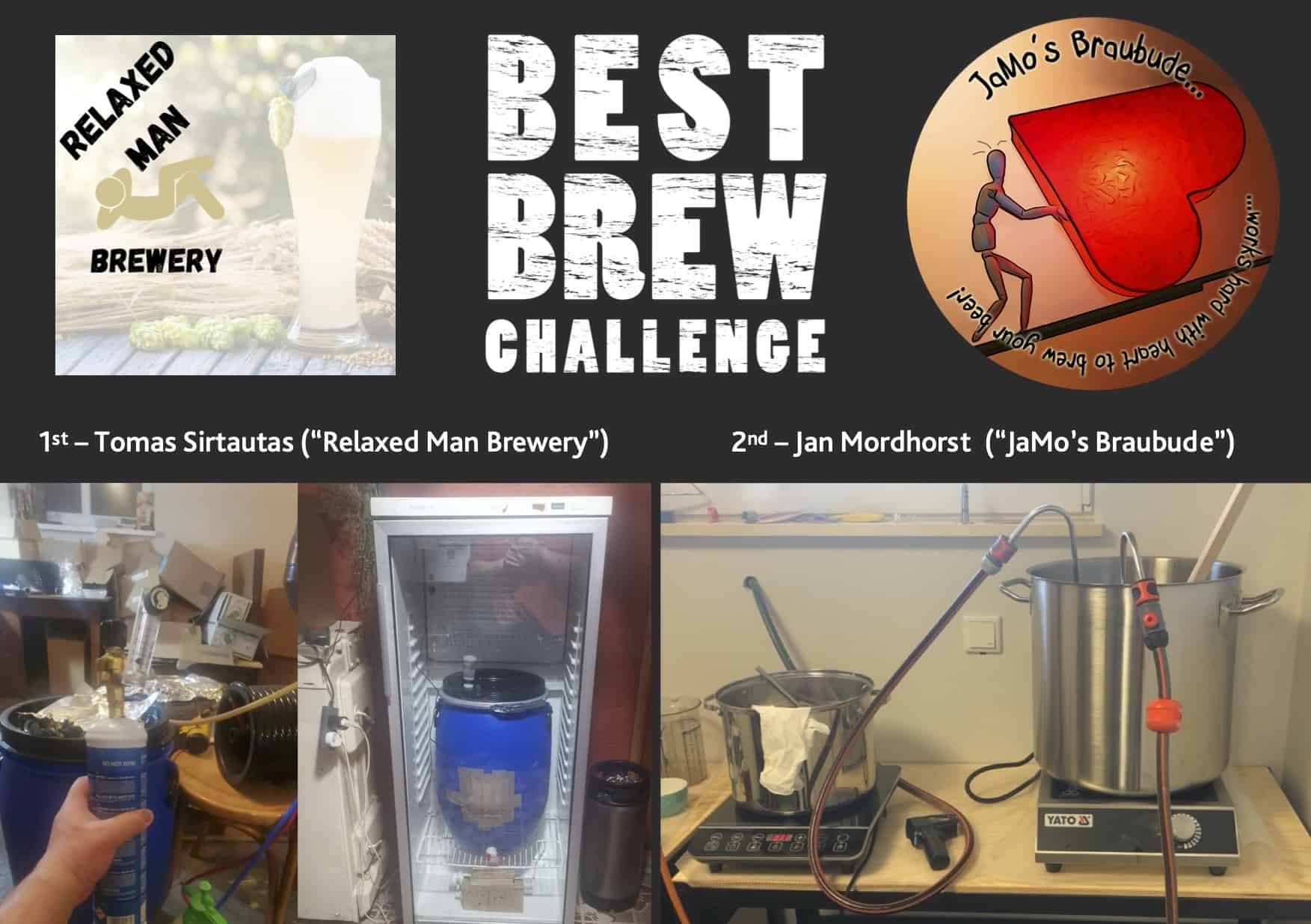 “I almost fell off my chair when I found out,” laughs Tomas Sirtautas. Although he had already won the main prize in a major Lithuanian brewing competition in 2019, winning the BestBrewChallenge 2021 was nevertheless a big surprise. The beer creation with the name “Mischievous Wind” won first place, because it encompassed all the aromas that a light wheat beer should have: banana, a hint of clove and light acidity. The beer was also convincing due to its bubbly and creative implementation.

Tomas Sirtautas comes from the western part of Lithuania and has been brewing under the label “Relaxed Man” for nine years. He has been running his own homebrewing shop since 2020. Previously, Tomas lived and brewed in the United Kingdom for several years. There he had a three-stage Powel Brewing Herms 100 liter system at his disposal. He designed and built the Craftbeerpi3 controller himself. His brewing setup in Lithuania is even more simple: an HLT tank, a mash tun, and a kettle – all designed for 50 liters.

Jan Mordhorst from Seevetal in Lower Saxony also relies on understatement when it comes to brewing. He uses two pots of 36 liters each, a stirring system, an induction plate and several glass fermentation containers. This setup is enough for success – in 2019 he was runner-up in the Maisel brewery competition.

For the BestBrewChallenge, the passionate brewer of hoppy beers ventured into completely new territory: “It was my first wheat beer, so I was quite excited to see the result myself. The challenge with a maximum of 3.5% alcohol was a lot of fun,” said Mordhorst. The jury praised his beer creation with the name “Endless Summer” for the nutty smell and taste as well as the general harmonious impression.

Compared to the winning beer, its grain bill is much more complex: In addition to two wheat malts, it contains Pilsener malt, Vienna malt, Caramel and Munich malt. The hops are a Hallertauer Tradition (see also the video from the brewing day).

While Jan Mordhorst’s next project is the German Championship of Hobby Brewers on September 11, 2021 in Stralsund, Tomas Sirtautas is already looking forward to the BestBrewChallenge 2022 and assures: “I’ll be back!”

The conditions for the 2022 Challenge are expected to be announced by the end of this year.

That's fineNo thank you
You can revoke your consent any time using the Revoke consent button.Revoke Cookies