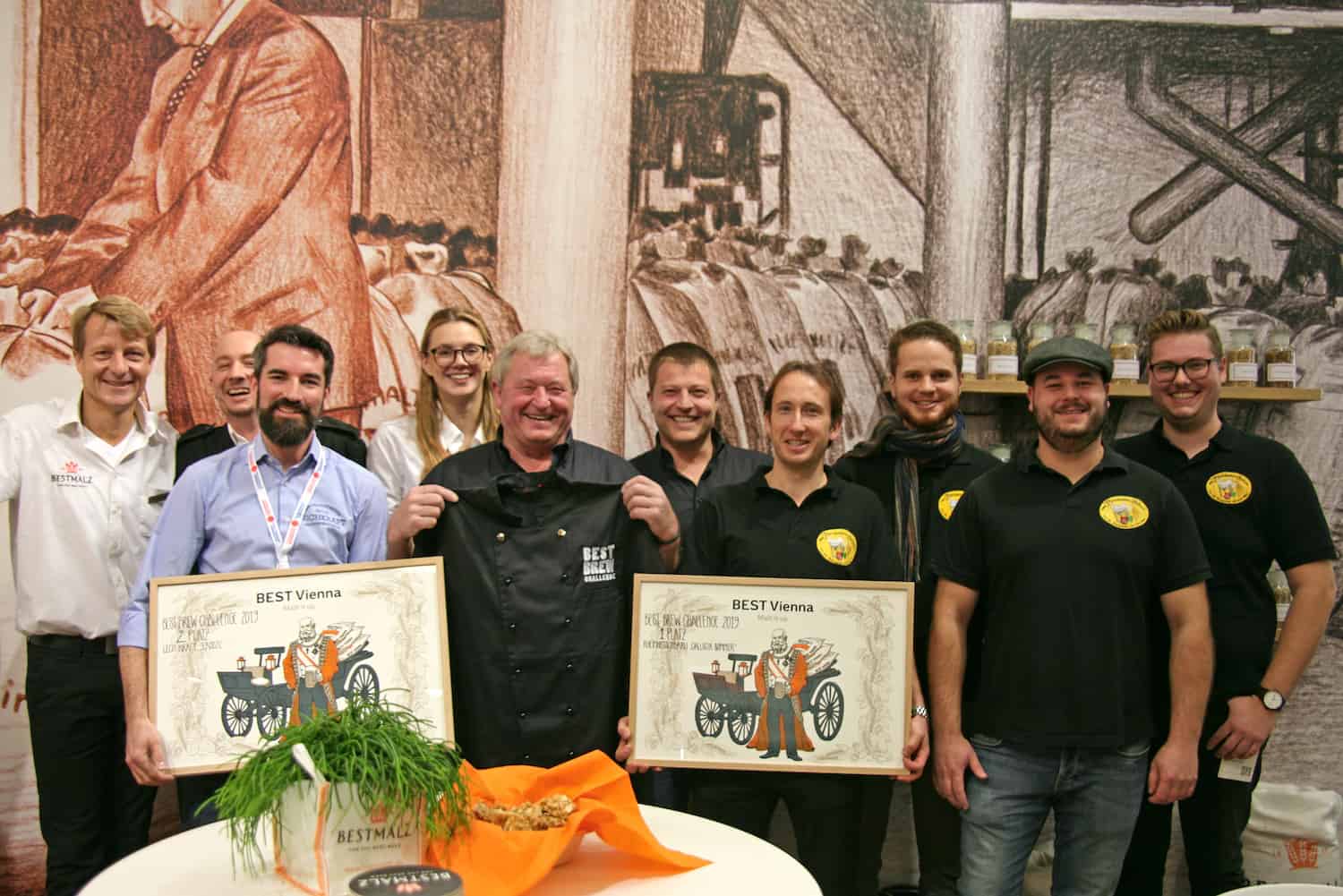 The winning beer of the BestBrewChallenge 2019 was brewed by a team from the Rheinhessen-Bräu brewery in Mainz (Germany) led by brewer Sebastian Selz. With theeir copper-colored “Callista summer”, the Germans managed to surpass all 227 participants. Second place was taken by Thomas Liebich from Landsberg am Lech (Germany) with “Ernstl”. Kai Trautwein from Flörsheim (Germany) took third with his “Oktoberfest Märzen”.

The BestBrewChallenge 2019 took place in a year marking the 120th anniversary of Palatia Malz GmbH, which has been organizing this international competition since 2015. This year’s challenge for all participating professional breweries as well as craft and hobby brewers was to brew a Festbier style beer using BEST Caramel Munich II – a malt, the EBC value of which happens to be 120. The winner will be awarded 120 bags of Bestmalz malt.

A total of 227 brewers from 22 countries registered for this free simultaneous brew competition. Most of the participants came from Germany (61), followed by Lithuania (56), Spain (45) and Italy (24). Not all participants ended up submitting a beer. During the tasting, which took place this summer in Heidelberg, eight professional beer sommeliers carefully tasted a total of 103 different beers.

The winning beer “Callista summer” reached 46.1 out of 50 possible points. In its evaluation it is described as a copper-colored Festbier style beer with an intense malt aroma, bearing notes of biscuit and caramel and also a subtle fruity hop aroma. The sommeliers praised the balanced taste. Christian and Matthias Karl from the management of Rheinhessen-Bräu said: “With ‘Callista Sommer’ we succeeded in creating a harmonious, tasty beer that fits very well into our product range. Of course, we are all the more pleased that it convinced the jurors as well, and we won the first prize.”

The award ceremony took place on 12 November 2019 at the BRAUBeviale fair in Nuremberg (Germany). The winning beer “Callista Sommer” was served to all visitors of the Bestmalz booth.

“During our company’s anniversary, we managed to achieve the highest number of participants in the BestBrewChallenge’s history. In addition, the social media reach was fantastic, and we awarded BEST video prizes to brewers from Germany and Italy,” commented the owner and CEO of Palatia Malz GmbH, Dr Axel Goehler. “Incidentally, the winning beer will not only be served at the fair’s BESTMALZ booth. We will also be offering it to our guests during the opening ceremony of our new warehouse and logistics center in Wallertheim.”